Sign In
Get Started
01
CASE STUDY
Cabify
How Cabify Recruits, Screens, and Educates a Global Workforce of Dedicated Professional Drivers
Learn how this Madrid-based ride hailing company is raising the industry bar on safety, price transparency, and quality experiences

In 2011, Cabify was founded in Madrid, Spain with a simple mission— they value all their customers, passengers and drivers. Their success comes from charging a fair price, improving the door-to-door journey, and making transport accessible to all. They believe that by making transport better, they can make their cities and communities better.

Since day one, every person in the company has been committed to building a mission-driven company, never sacrificing quality for short-term business goals. The startup prides its humanity as its most important value. 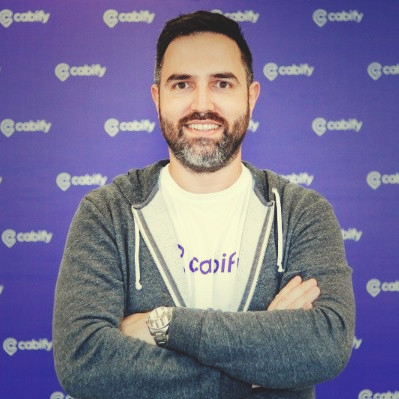 COMPANY
Cabify is a Spanish transportation network company. It provides vehicles for hire via its smartphone mobile app.
https://cabify.com/
OFFICES
Madrid, Spain
Industry
Transportation Network
TYPe
B2C
MOst USED FEATURES
Funnels
These are created for each market and job opening and consist of a set of stages. Cabify currently manages more than 160 hiring funnels.

Automation
Cabify was able to automate core parts of its multi-touch hiring process.

Cabify’s long-horizon view laid the foundation for their initial, quick success. When it came, however, to scaling globally, the company could not avoid its toughest challenge: as an emerging industry, ride-sharing companies are in fierce competition with one another.

Cabify faced the challenges many growing gig economy companies face. First, they needed a way to onboard their talented drivers as quickly and efficiently as possible without sacrificing their high standards. Secondly, they needed to be able to hire these on-demand workers at scale.

“When we expanded into Mexico City in 2015, the onboarding process for one driver was 16 hours,” says Filippo Brunelleschi, Director of Global Operations and Driver Acquisition at Cabify. One major bottleneck was their thorough screening and training process. While this ensures high quality of drivers and service, access to training was not easily accessible to drivers and some would travel upwards of three hours to take a class, thus slowing down the time to onboard and potentially affecting driver attrition.

Couldn’t scale while offering a high-touch approach for applicants

As Cabify expanded, so did scalability challenges. A high-touch approach for hiring would not be feasible given the rate of the company’s expansion. With timing and scaling top of mind, an in-house solution that provides flexibility, was not an option. “With ride hailing,” Brunelleschi says, “everything has to be invented and reinvented every five minutes.”

By partnering with Fountain, Cabify created a custom hiring workflow that included the creation of an online driver training experience

In order to address their challenges, Cabify focused on a solution that provided them flexibility, control and scalability. By partnering with Fountain, Cabify was able to strike the ideal balance between the company’s ambitious growth, human interest, and quality experience goals.

Using smart integrations and automation to onboard quickly without sacrificing quality

What makes Cabify so unique is their focus on providing customers with the best-trained drivers and quality of service. Before implementing Fountain, the training process took 16 hours which put Cabify at a higher risk for drop-offs. With Fountain, however, Cabify found a way to still provide an extensive screening and training process for their drivers with psychological tests, driving tests, toxicological exams, and training. They did this by capitalizing on Fountain’s built-in integrations along with automation.

Fountain’s hiring software helped Cabify automate core parts of its multi-touch hiring process. One of the most pivotal, strategic changes that Cabify made was the decision to create an online driver training experience. This convenience allowed drivers to learn from anywhere on any device and helped Cabify increase the efficiency of its funnels.

“Fountain helped us incorporate Northpass, a learning management system, into our education and training workflow,” says Brunelleschi. “Through this system, we were able to monitor attention spans, so we could develop more effective training modules.”

In addition to an efficient and seamless training process, Cabify worked with Fountain to orchestrate precise, data-driven funnels. Instead of having to create work funnels manually, Cabify is now able to define a funnel based on millions of A/B tests that they conduct in their cities, to identify their target demographic for drivers.

The partnership with Fountain helped Cabify architect, develop, and deploy a valuable workaround for improving their training process without sacrificing quality. As a result, Cabify was able to drastically reduce their time to activation (when a driver finishes training and onboarding) from 25 days to just 4 days.

Having a personal connection with drivers throughout the hiring and on-boarding is integral to Cabify, which operates in an industry where churn is the norm. Fountain’s recruiting, screening, and training process has helped Cabify improve in both efficiency and reduction in time to hire.

Over the course of one year, Cabify increased the number of total applicants processed by 114%. They were also able to increase the number of driver activations by 127% and even increase their overall hiring conversion rate (time it takes from when a driver applies to activation) by 3.54%.

Another big success for Cabify’s newly integrated process was the impact on their screening and hiring operations, allowing them to successfully scale. Cabify’s goals for scaling were achieved with an increase of 167% in total applicants, and increase of 253% in total hires, and a jump in conversion rate from hired to activation also increased by 9.07%. Additionally, Cabify decreased their time-to-hire by 1.04 days saving them both substantial time and hiring costs.

On the operational side, Cabify made huge improvements with Fountain’s software. Where as before their workflows were disconnected and manual, Cabify can now manage over 160 hiring funnels all from one dashboard with customized permissions and rules.

Looking to the future: Reinforcing Empathy in the On-Demand, Gig Economy

A common yet misinformed stereotype about gig workers is that they don’t demonstrate the same levels of commitment as full-time employees. Cabify, through its hiring process, has noticed the opposite: drivers care about developing and maintaining a sense of community.

“Our drivers love working with us,” says Brunelleschi. “We care about improving drivers’ lives and helping them build meaningful careers. I remember a story in which one driver put on a suit to go to work. It was the first time his daughter saw him wearing one. His young daughter said, ‘daddy, I’m so proud of you.’”

With a seamless and integrated solution that can be modified as needed, Cabify can now focus on growing their business. Their company values and mission are built into their hiring tool and they have the control and confidence to go into any new market and ensure they provide the best service with the best drivers.

“We need to be ready to evolve,” says Brunelleschi. “I can already tell that the industry is going to change a lot. It’s going to happen faster than we expect. Fountain helps us keep our business true to our values while navigating an ever-changing climate.”

Get the latest from Fountain