U.S. industries are suffering from a deficit of skilled workers.

The shortages are most significant in STEM areas, particularly medical and high-tech industries. Congress enacted the H-1B visa program to address the talent gap by allowing U.S. companies to temporarily bring in skilled workers from overseas.

Although the H-1B has served its purpose, it has been a source of tension between employers, the government, and labor unions. As COVID-19 devastated employment worldwide H-1B visas came under renewed scrutiny, with the former Trump administration reacting by temporarily halting the program.

This article provides an overview of the H-1B visa program, the mechanics for obtaining an H-1B visa, and the impact (both positive and negative) of the H-1B program on the U.S. workforce.

Congress created the H-1B visa (known as the H-1 visa until 1990) to address the high-tech talent gap. The H-1B allows temporary entry into the U.S. for employees in “specialty occupations,” defined as those that require at least a bachelor’s degree and highly specialized knowledge.

H-1B visas are valid for up to 3 years with one renewal allowed extending the total stay to 6 years. After six years a new petition is necessary. H-4 visas are available to the spouse and unmarried children under 21 of an H-1B visa holder. Beginning in 2015, H-4 visa holders were able to apply for eligibility to work in the U.S.

The H-1B is an employer-sponsored visa, so the employer must file a petition to obtain an H-1B visa. The employee must remain with this employer for the length of the visa or leave the U.S.

Before filing an H-1B visa petition, an employer must seek approval of a Labor Condition Application (LCA) certifying that the employer will pay the H-1B employee at no less than the prevailing wage in their area. The LCA must also confirm (1) that the company is not seeking an H-1B employee to replace striking workers, and (2) employment of an H-1B visa holder will not adversely affect conditions for existing employees.

The purpose of the LCA is to address concerns about the potential negative impacts of H-1B visas on the U.S. workforce, particularly regarding salaries and working conditions. With gender and racial salary disparities already permeating the workplace (for example, millions of women indicate they intend to leave their companies in coming years to work for themselves due to gender discrimination), it is crucial to minimize issues arising from H-1B visas.

The earliest submission date for petitions is April 1 for the government fiscal year beginning in October.

Due to concerns about fraud and abuse, employers may have to respond to Requests for Evidence (RFEs) in support of their H-1B petitions. As a result of President Trump’s 2017 “Buy American, Hire American” executive order, RFE usage increased substantially, from 22% of petitions in 2015 to 48% of petitions in 2019.

If the number of H-1B petitions exceeds the number of allowed visas (which has happened for the previous eight years), a random selection process (the so-called H-1B lottery) is used to allocate H-1B visas. Towards the end of 2019, there were nearly 600,000 H-1B visa holders in the US.

Controversies H-1B visas in the US workforce

Since their inception, H-1B visas (and before them H-1 visas) caused concerns among U.S. labor organizations and Congress. Several amendments were implemented in recent years, but many controversies remain.

One of the biggest concerns about the H-1B program is its potential for reducing the salaries of American workers. Despite the specific salary requirements associated with the H-1B visa, labor organizations contend that companies misuse the program to lower salaries for everyone. The data is difficult to parse, and valid arguments can be made on both sides. But employers seeking to employ H-1B visa holders should be aware of the optics.

There are legitimate concerns that H-1Bs negatively impact workplace diversity rather than increasing it, particularly for female workers in STEM industries and non-Asian minorities. More than 75% of granted H-1B visas go to males, and 85% of granted visas go to Indian (76%) or Chinese (9%) recipients. Some statistics suggest that the demographics of H-1B holders result in limited opportunities for female, black and Latinx American workers.

Properly used H-1B visas can drive diversity to the benefit of both the employees and the company.

This is because there are now more opportunities for making a living online than there ever have been that don’t require a degree. For example, the average web designer earns at least $40,000 a year without even going to college.

Recognizing that many applicants develop significant computer skills without attending college (whether through self-employment or just general interest), Apple, Google and IBM have all dropped degree requirements in certain areas.

If a position does not require a degree, then officially, it can not be taken by an H-1B visa holder. However, a federal regulation interprets the degree requirement to mean “normally” rather than “always,” and the courts have upheld this interpretation.

Many other issues have been raised about H-1B visas, and companies seeking to employ them should consult with experts before moving forward.

The H-1B program will likely remain in place unless the talent gap eventually closes. Industry groups and members of Congress are considering modifications to the program, however, as well as alternative methods for addressing the skills shortage.

In late 2020, the Department of Labor targeted the H-1B program, announcing a new grant worth $150 million for industry organizations and educational providers to “upskill” current U.S. citizens, allowing them to fill “middle- to high-skilled H-1B occupations within key sectors in the U.S. economy.” Companies employing H-1B workers are not eligible for the funds. It remains to be seen whether the Biden administration will pursue similar policies.

The Biden administration does not at present intend to change the cap, instead seeking to grant permanent status to many existing H-1B holders.

The H-1B visa program remains a tremendously useful tool for employers in addressing the increasing talent gap in highly skilled professions. It does not come without issues, however. Employers must carefully develop their H-1B hiring programs, ensuring that they do not negatively impact salaries or work conditions for any employees. 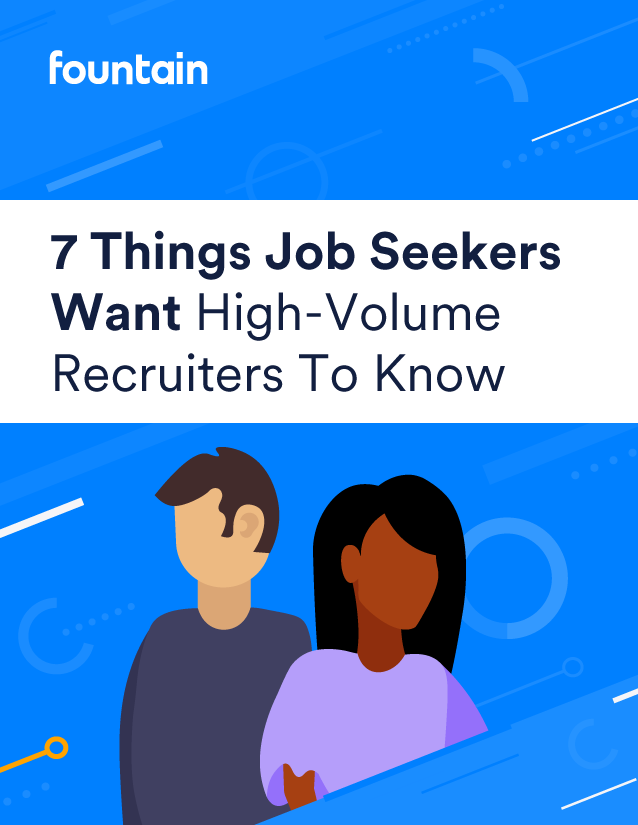 Creating a gender-inclusive workplace starts with a thoughtful recruiting process. Learn how to get started!

Diversity, Equity & Inclusion
How to Observe Juneteenth with Retail Employees

Learn how retail and other businesses can better understand this important day and commemorate it with their employees.

Second chance hiring gives people with a criminal past the chance to start over and help keep the economy running.