If 2020 has taught us anything, it’s that we have a heavy dependency on frontline workers to keep us healthy and safe. As we sit quietly sequestered in our homes during this pandemic, we have come to heavily depend on food delivery, childcare services, mail carriers, doctors, nurses, and utility workers. Many of those frontline workers are women. In fact, more than 1 in 3 black women are on the frontlines, yet women of color aren’t even close to pay parity.

In 1963, as part of the New Frontier Program, John F. Kennedy signed into law the Equal Pay Act which sought to abolish wage disparity between men and women. However, in 2020 it’s still contentious and we continue to struggle with pay parity for women. Today, women represent 50% of the hourly workforce and 66.5% of them are paid at, or below, the federal minimum wage of $7.25/hour. Overall, women are still being paid less than men, currently at $0.82 cents for every $1 dollar a man earns. In the past 30 years, women have only narrowed that pay gap by $0.10 cents.

For every $1 a white man earns:

One reason women are disproportionately paid is because women often take on the unpaid responsibilities of childcare, caring for an ailing parent, or housework, in addition to working full or part-time. Per Pew Research, 55% of women with children under the age of 18 work full-time, and another 17% work part-time. When unexpected life events happen, such as a sick child or a home repair, women tend to spend more time away from work. From a pay parity perspective, working mothers make even less compared to white, non-Hispanic dads.

For every $1 a white, non-Hispanic father earns:

In a study from the Economic Policy Institute, if the federal minimum wage was raised to $15 by 2025, it would benefit over 33.5 million Americans, of which 19.5 million would be women and 9.4 million parents.

‍
Many companies already recognize that in order to close in on the competition, they need to get ahead of public and employment policies. Earlier this summer Target announced, as part of a previously announced three year plan, that they were raising minimum wage to $15 an hour across all stores starting July 5th. Back in March, Amazon announced they were increasing fulfillment and delivery workers pay from $15 to $17 an hour. As brands compete for top talent, they are also inadvertently narrowing the pay gap.

The Modern Hiring Guide for Retail 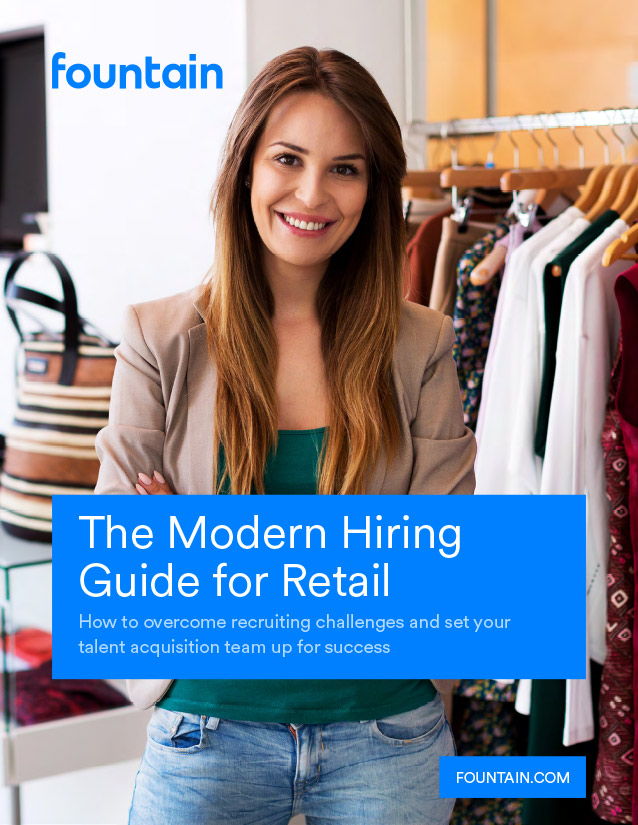